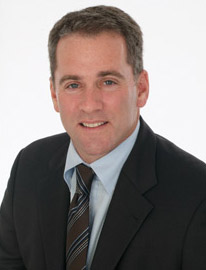 William (Bill) Karol received a BS from Cornell in Economics in 1979. Upon graduation, he joined HMK Enterprises, Inc. Among other positions, he headed up HMK’s acquisition and strategic planning activities. Mr. Karol was personally responsible for sourcing and directing the acquisition of over 25 companies on HMK’s behalf from 1979 through 1989. In 1989 he formed KODA Enterprises Group, Inc., where he serves as its President and CEO. KODA has acquired or sold over 30 companies. He is currently on the Board of 7 companies.

Mr. Karol was active in the Young Presidents’ Organization, Inc. where he has served in numerous positions including Chairman of the New England Chapter and Chairman of some international events. Mr. Karol is on the Board of the Dana-Farber Cancer Institute and the Moyer Foundation. He is the co-founder of The Herbert M. Karol Cancer Foundation and founder of the Darcie L. Karol Cancer Fund. Mr. Karol has served on the Boards of New Hampton School, the Carroll School and the Boston Philharmonic Orchestra.